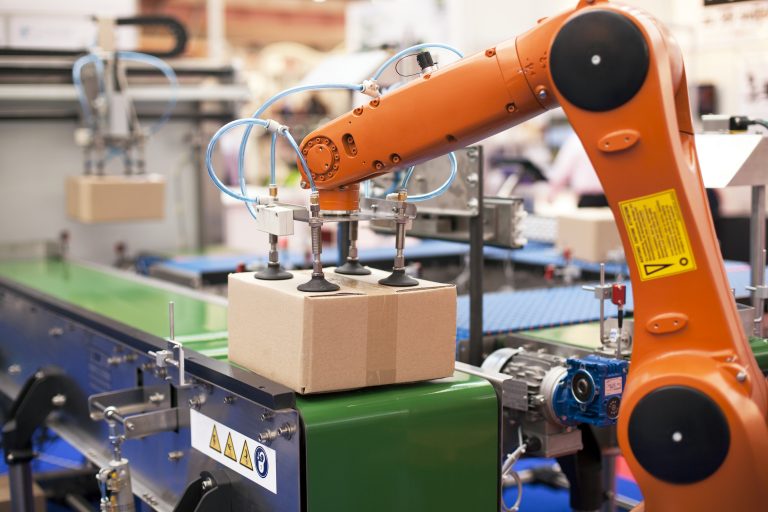 The Robots are Coming: Do They Have a Place in Supply Chain?

It’s the stuff of science fiction and fantasy, or is it? Once a mainstay of futuristic novels and cartoons like The Jetsons, robots are becoming a burgeoning part of our culture. They aren’t a new thing by any stretch of the imagination; GM started using them in 1962. However, they are getting so much more sophisticated that the North American sale of robots is turning out to be higher than originally anticipated. In 2017, purchases grew 14% year-over-year.

Gone, however, are the roughly assembled robots of days gone past designed to mimic humans in appearance and function. Today’s robots are agile and ever-evolving and are now being used to fix a major hole in the logistics world—employee shortages. In this article, we take a look at the staff shortage problem, how robots are fixing it, and how they’re impacting supply chain.

There’s a talent crisis in full-force in the logistics industry. Over the last five years, there’s been a worker shortage. As E-Commerce continues to gain even more momentum, the demand for skilled warehouse staff progressively amplifies. The demand is so great (and only rising) that universities are adding supply chain specific majors to curriculums and vocational high schools are giving hands-on experience.  Warehouse jobs are now becoming a competitive market. Pay is increasing in the industry as well as it struggles to keep up with competing industries for this worker pool. As fast-food and landscaping wages increase, warehouses have had to find the money to increase worker salaries 20-40%. This is hard for many warehouses because they need to also stay competitively priced to keep clients.

Robots, specifically autonomous mobile robots (AMRs), are changing warehouses and factories. AMRs have greater flexibility and freedom in the warehouse. Sensors and cameras allow for independent movement so now AMRs can do it all from pick to pack to sorting. They are helping distribution centers “gain speed, increase accuracy, cut costs, and handle the grunt work so employees can focus on more productive tasks.” What’s even better? No resumes to pour through or rounds of interviews to perform.

How are Robots Impacting Supply Chain?

We are already seeing changes in the supply chain when robots are involved. Equipped with high-resolution cameras, pressurized sensors, and AI capabilities, robots are taking the human element out of picking, packing, and sorting. This leaves human workers to handle the complex pieces of the supply chain that require a human touch. Infrastructures and processes also have to be reimagined with the robot element, as well as creating a regulatory framework around the robots. Unfortunately, it’s not yet a plug-and-play solution…at least not yet.

With robotics companies like KIVA (acquired by Amazon in 2012) leading the charge, robots are getting smarter and have greater flexibility. As more warehouse and transportation behemoths like Amazon, DHL, and FedEx integrate robots into their supply chain, more proof is in the pudding on how the industry can keep up with growing demand, cut costs, and increase efficiency. The next step? In 2018, we will see the advent of collaborative robots, called smart cobots, which will work three times faster than today’s robots. Let’s just hope they don’t get too smart!

: 3PL, amazon, automation, Distribution, fedex, Fulfillment Indianapolis, indianapolis, logistics indianapolis, robotics, robots, robots in supply chain, supply chain, warehouse fulfillment
Previous Post What is Control Tower and Is It Right for You? Next Post Is Your Supply Chain Mobile? Here’s Four Reasons Why It Should Be